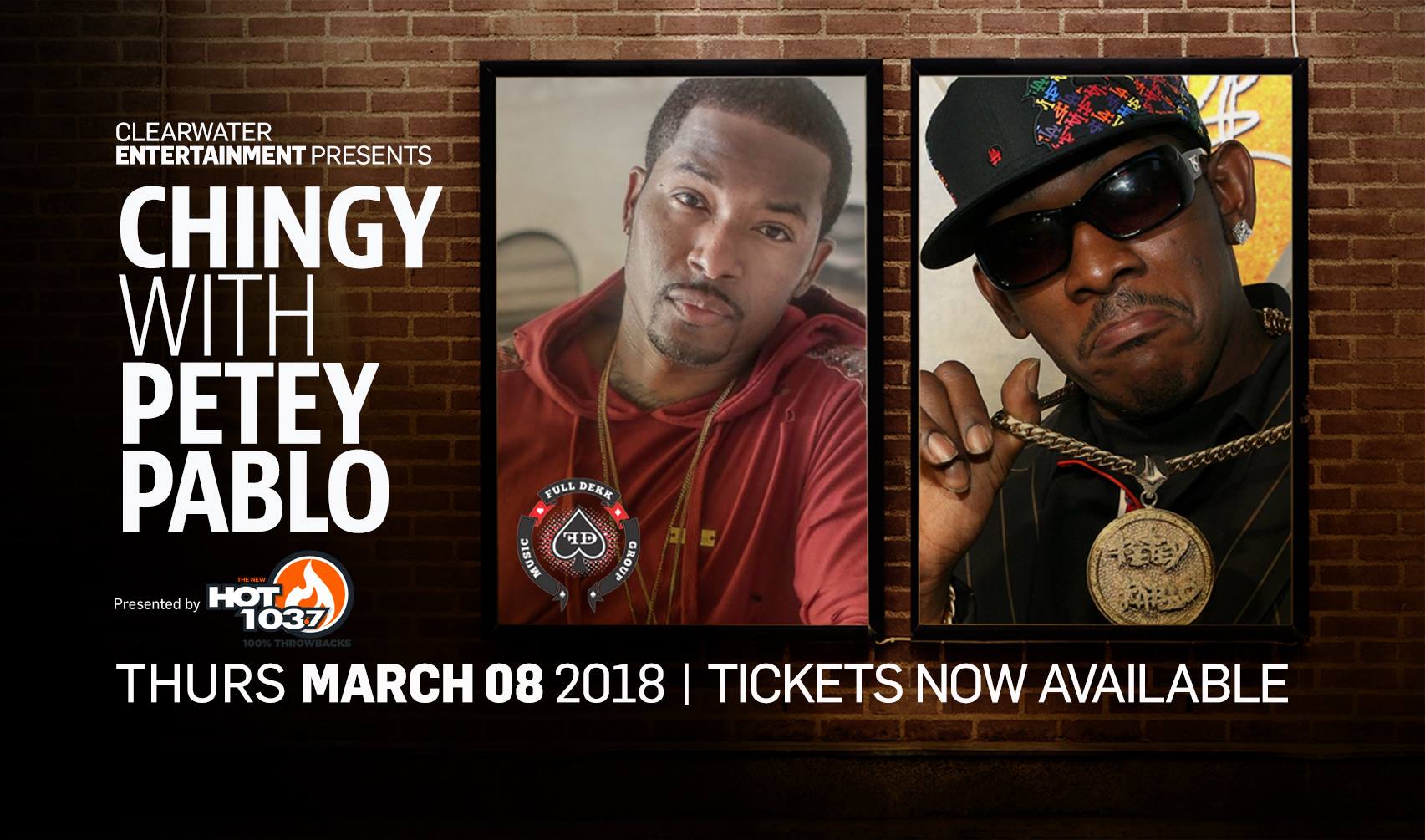 Chingy grew up in St. Louis, Missouri and began rapping in earnest in his late teens. He toured as an opening act with Nelly in the summer of 2002 and then became a protégé of Ludacris, who signed him to his newly formed Disturbing Tha Peace (DTP) record label. The rapper’s 2003 summer debut single, “Right Thurr”, put him on the musical map as a good-time rapper who specialized in catchy, club-friendly beats and simplistic lyrics delivered in a sing-song, nursery rhyme style.

Multi-gold and Grammy-nominated North Carolina native Petey Pablo has demonstrated the art of mixing poignancy with sharp, gut-wrenching lyrics that reach across age, race and social status. The gruff-voiced MC is best known for rap anthems such as “Raise Up,” “Freek-A-Leek” and “Carolina Colors,” have become mainstays on urban radio and as sports stadiums across the country.