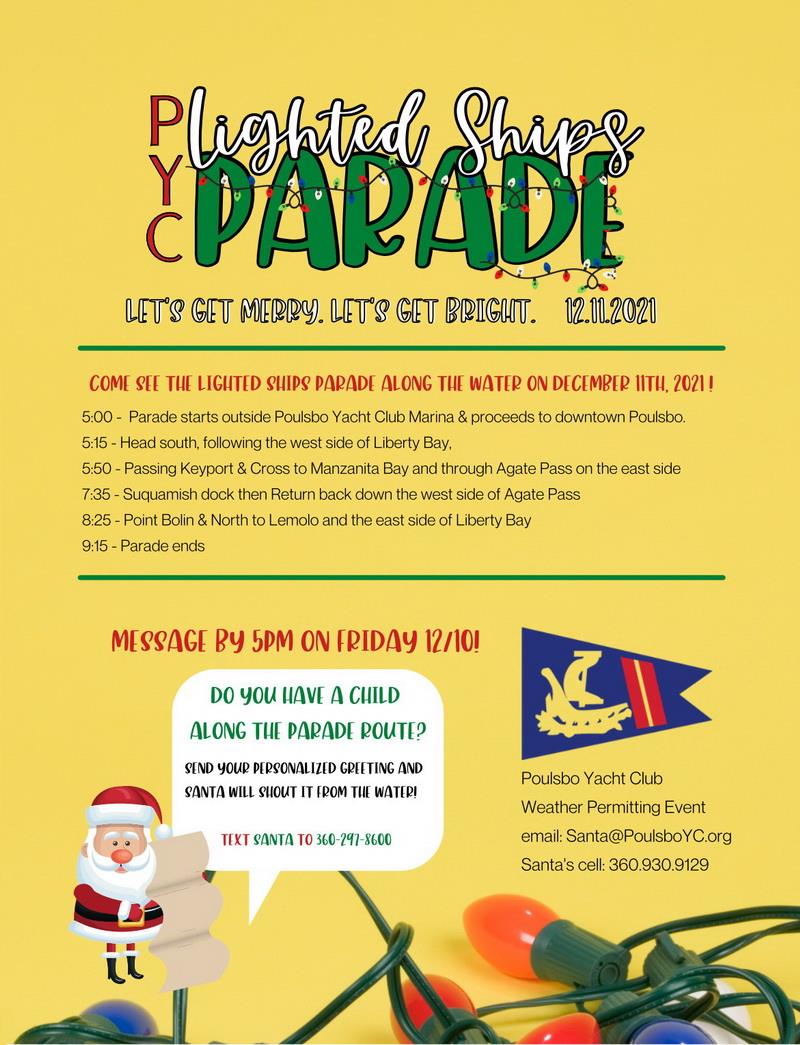 Saturday, December 11, 2021 marks the 52nd Poulsbo Yacht Club Lighted Ships Parade. This wonderful event that has become a holiday tradition within our community.

Along the route (see below) Santa will call out greetings. To have Santa call out a greeting, send a text “Santa” to 360-297-8600. Be sure to get your email greetings to Santa by Friday, December 10th, in order to be included.

The Parade starts just outside the PYC Marina at 5:00 pm.